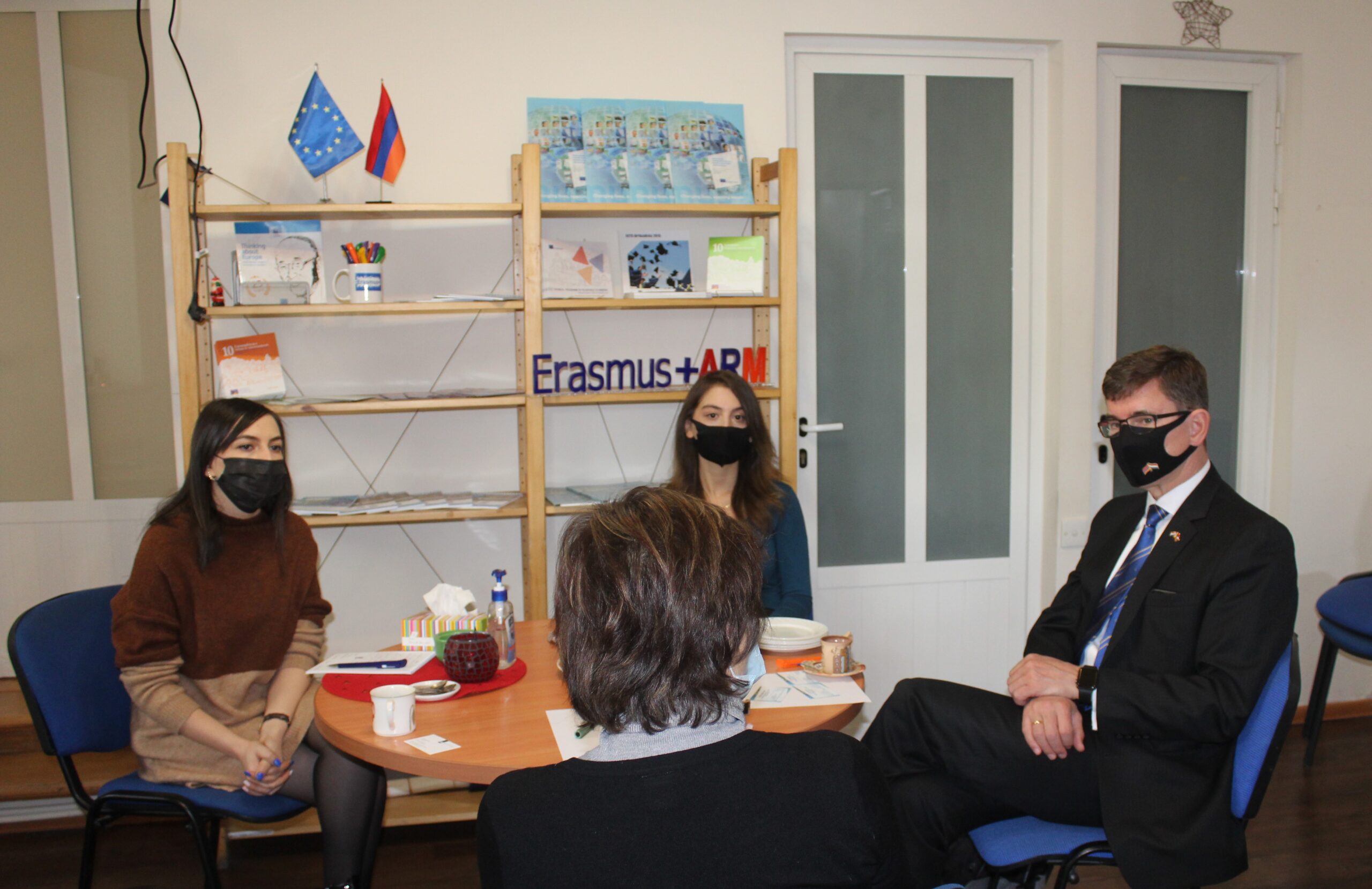 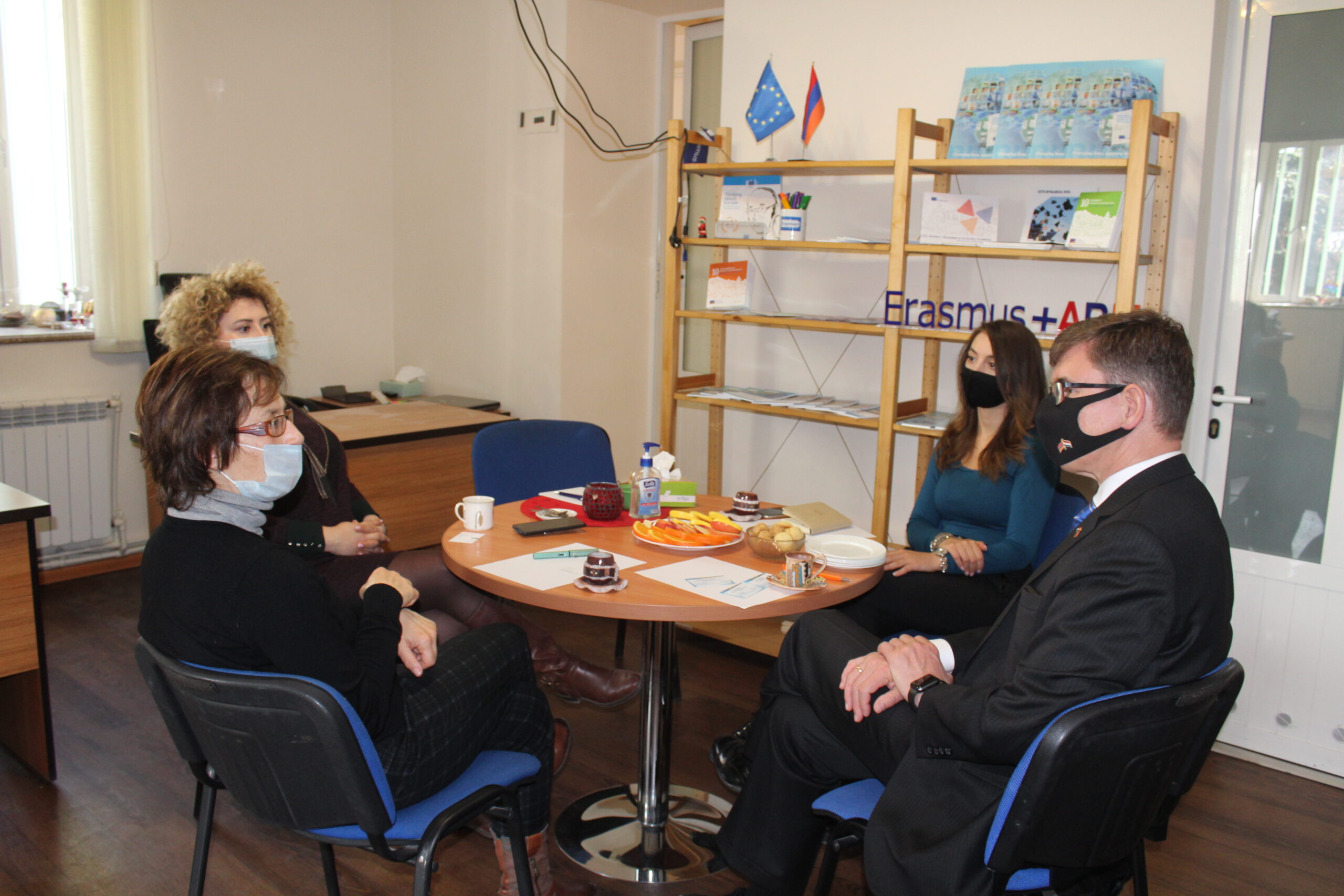 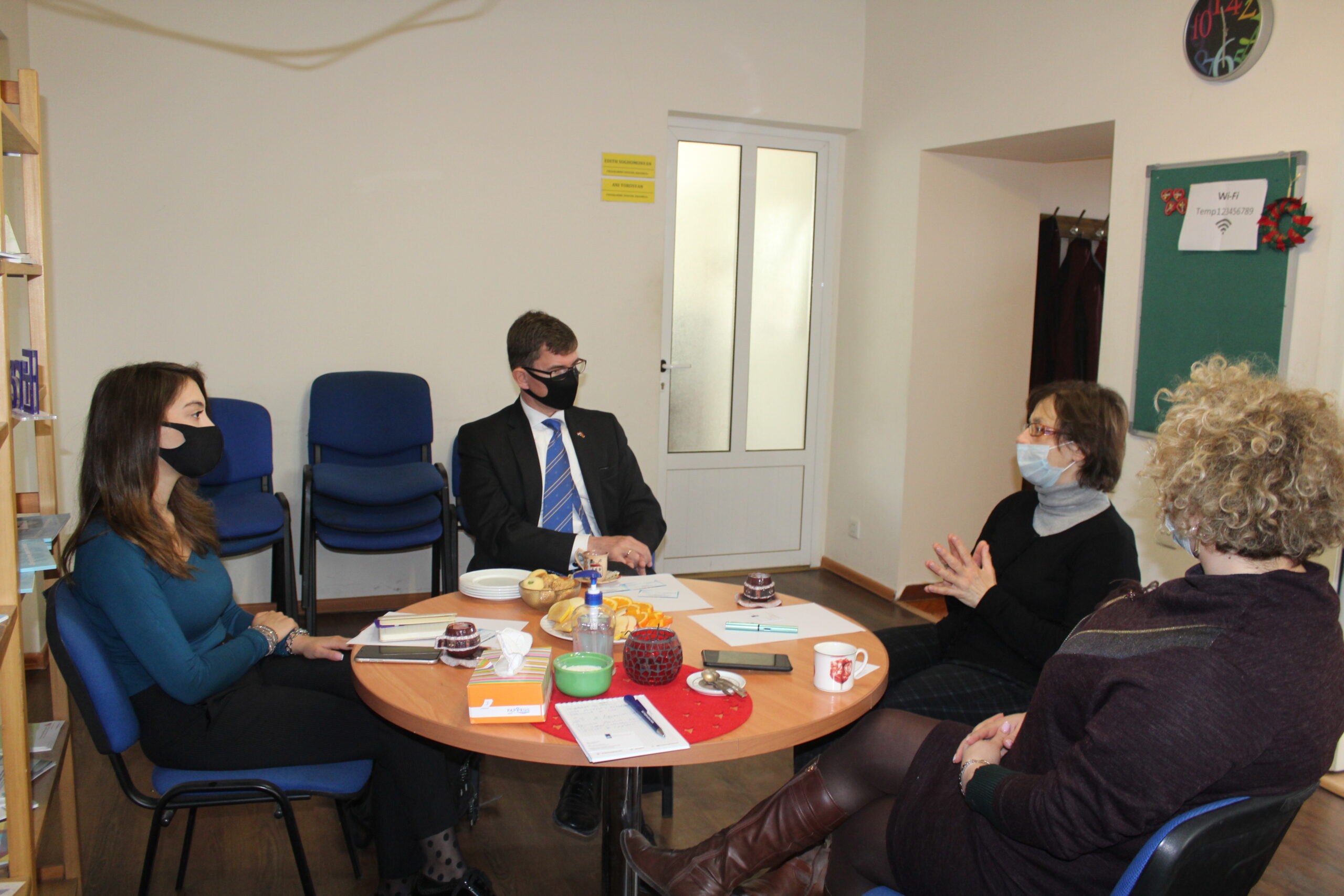 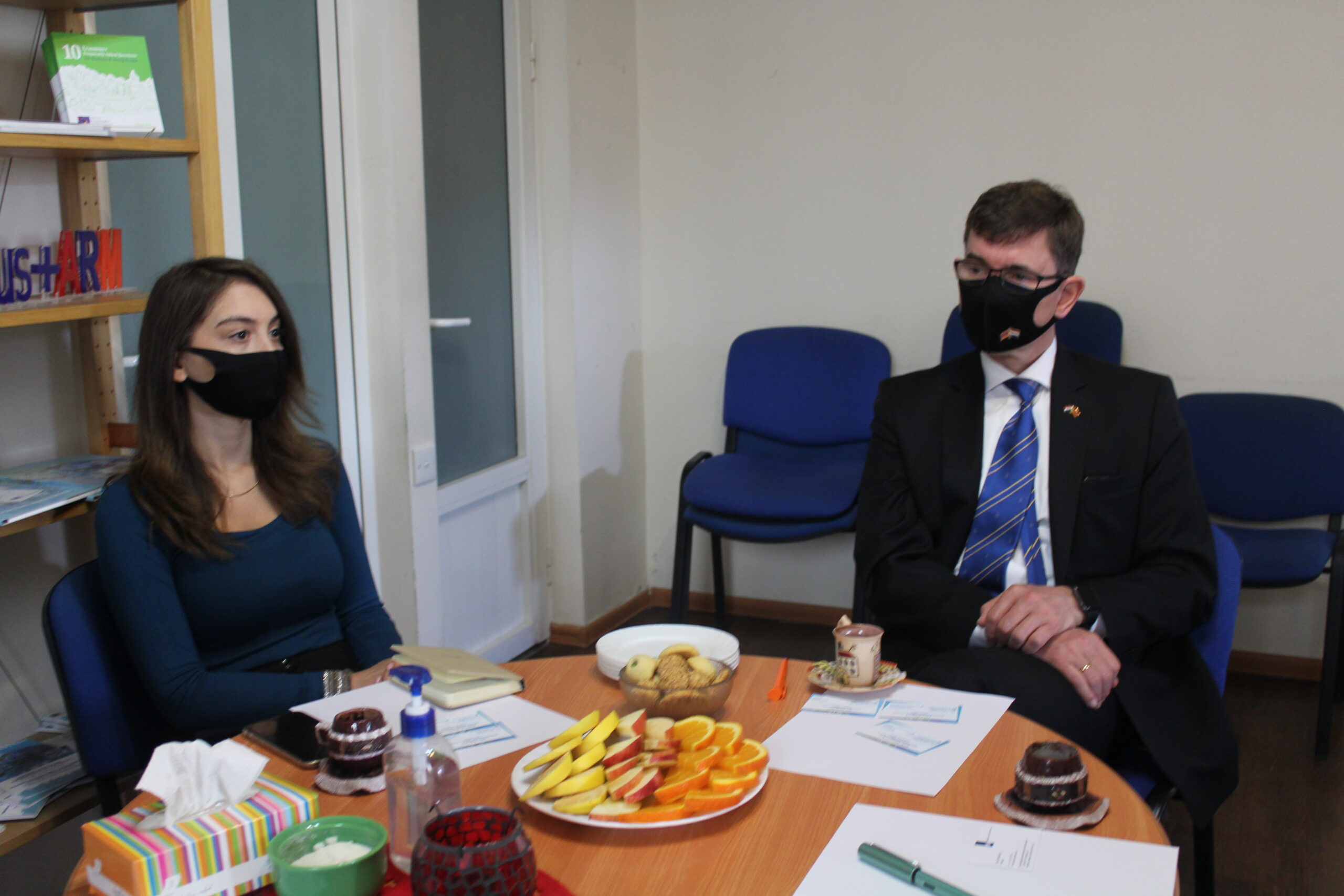 On the 30th of March 2021, the National Erasmus+ Office in Armenia welcomed the Ambassador of the Kingdom of the Netherlands in Armenia Nico Schermers and his Assistant Siranush Grigoryan. The meeting aimed to discuss potential collaboration opportunities aimed at enhancing the cooperation of Armenian-Dutch institutions on higher education level and particularly within the EU funded Erasmus+ Programme.

NEO-AM Armenia team focused on and presented the international higher education dimension of the Erasmus+ Programme and the funding opportunities offered to Higher Education Institutions and their staff and students based both in Programme and Partner Countries.

H.E. Nico Schermers highlighted that in order to encourage institutional cooperation and academic exchanges long-term institutional partnerships among HEIs need to be promoted and strengthened. This can be accomplished by bringing forward new international initiatives and partnerships as well as by extending the existing activities. In this respect, an instrumental role could play the Armenian alumni who have been studying in the Netherlands via the Erasmus+ International Credit mobility Action. To maximize the contributions of the alumni to internationalization an alumni association could be initiated to contribute to a wide range of projects and to add value to the institutions’ international efforts.

According to the Аmbassador, strategic inter-institutional partnerships could be encouraged between the two countries in the fields of IT, Agrarian Studies, Food Safety as well as STEM where Armenia’s growing potential is apparent. NEO-AM team underlined that Erasmus+ Capacity Building Projects could play a key role in stimulating collaboration in the mentioned areas.

The possibility of initiating other potential activities (joint thematic discussions, public lectures, study visits, contact seminars) were also discussed that could be geared to benefit both Armenian and Dutch societies, their higher education institutions and systems.

Armenian-Dutch relations and cooperation will reach a new momentum in 2022 marking the 30th anniversary of diplomatic relations between the Kingdom of the Netherlands and the Republic of Armenia. The parties expressed hope that till then the HEIs and other institutions of the two countries will have new or expanded mechanisms for cooperation, taking into account the financial support from the Erasmus+ EU funds.